In no way, I had an interest for writing articles. However, it was passion for poetry that paved me to begin a secretarial career in Saudi Gazette, one of the leading English newspapers of Kingdom of Saudi Arabia.

Perhaps then, observing a diversity of news, learning how information flows and gets cropped, plus gaining some wads of wisdom by interacting with editors, journalists and freelancers, I was inspired. And eventually, with that little experience and dose of enthusiasm, I tried to pen down few articles. That was a sheer beginning two decades ago.

While working at the Saudi Gazette, I came to know about the other English newspaper ‘Arab News’, which is Saudi Arabia’s first English language daily newspaper. In those days, we heard about its growth and popularity, and in truth, with great changes, transformation and wide coverage, it has now become the Middle East’s leading English daily.

One time, on a weekend I made a direct visit to the Arab News. I was stopped at the reception, but somehow, I managed to make my way to the editorial Office. I was fortunate, on that day, to meet Mr. Khaled Almaeena, who was at the helm as the Editor-in-Chief of Arab News.

I was surprised to hear from him the mellifluous flow of Urdu language and that’s because he had education in Pakistan, besides the United States and Britain.

My reason of meeting with him was simple – I wished to have a shift in my career, and fortunately, he promised me that he will place me somewhere in the editorial section. May be, later on, I was lethargic to make continuous follow ups, and then I busied myself when I joined a nascent media firm that was interested in my candidature.

I remember, I met him again, after a decade, for the second time when he was the Editor-in-Chief of Saudi Gazette. I must admit that he is a man of fine etiquette and oratory, who speaks cheerfully with a charismatic lingo, marked emphasis and needful pauses.

In brevity, in the world of chroniclers, he is described as a veteran Saudi journalist, commentator, businessman and the former editor-in-chief of the Saudi Gazette. But, beyond that, he was a columnist for different newspapers, news anchor for Saudi television news, talk show host, radio announcer and lecturer.In truth, while reading his articles, besides discovering his flair for writing, we come to know more about his humane attitude, generosity and vivid perspectives.

I thought of putting down few excerpts from the articles, written by Khaled Almaeena, which are posted at Khaled Almaeena - The man behind the Green Truth

“Muslims need to be reminded that being a good Muslim does not mean performing the rituals and neglecting to follow Islam’s pristine principles and values in their daily work and in their behavior toward others.”

“We need to invest in our more cultured and talented young men and women and give them the opportunity to better serve our nation.”

“Parents also have to shoulder considerable responsibility for the lack of reading habit in our society. They didn’t nurture the reading habit in their children. Rather than learning the lessons of history and appreciating the power of words to challenge young minds and shape them, in large part they opted instead to instill in them a desire for all things material, from toys as children to the latest model cars as adults.”

Source:‘'Let's make reading a keystone of our society.’

“So let us put an end to this habit of blaming others for our own shortcomings and inertia. Our enemies, real and imagined, can harm us only to the extent we remain lacking in initiative and outmoded in our thinking and way of doing things. What is needed is some soul-searching and a readiness to think and act differently.”

“Women, of course, have a responsibility to their husbands and families. Men do too. I believe that both men and women should take care of their minds and bodies. They should exercise (even at home), wear clothes that are attractive to their partners, exude the hint of a fragrant cologne or perfume and be interested in — and curious about — life.”

Source:‘Are you the right man?’

“One of the major reasons for the failure of companies and organizations to achieve their desired objectives is the level of managerial expertise. Managers should lead by example, from the front. Before leading, they should first live the principles associated with their position.”

Source: 'Leading from the front.’

“The Haj is a great equalizer and all pilgrims, young and old, rich and poor, healthy and disabled, with their hands stretched share the same link as they pray to the Almighty.”

“Schools are the first stop. A well-planned education system that incorporates knowledge and character building can ensure a more civil society in the next decade.”

“Social media is a good and speedy platform and it should be put to good use to create better understanding and to highlight our values and ideals. Anything else will only serve to plunge us into a dark abyss.”

Source:‘'Misuse of social media is a threat to our society.’

“Ramadan is the month of charity. Let us be generous in kind words and good deeds and strive to better ourselves to serve humanity and our Lord.’

Source:‘'Ramadan is the month of charity for all.’

“Be humble, polite and gracious. The chair you are sitting on is temporary!”

Source:‘'Be humble, the chair you are sitting on is temporary!'

“We need good governance, transparency and an end to nepotism and corruption, and these are the issues that are now being addressed by the government. Most important are the stakeholders, the young men and women who have the drive, the ambition and the dynamism to make this country go ahead and reach our Vision 2030 as a self-dependent, vibrant economy and society based on justice, fair play and equality. And I am optimistic that if we all work together, we can make that happen.”

Source:‘'Let's work together to make Saudi Vision 2030 a success.’

Image source: Pixabay · You can’t be humane if you are devoid of conscience and concern for others. ...

The relationship between drug sponsors and CDMOs is key to the success of much needed pharma product ...

11 Skills Your Quality Team Needs to Have 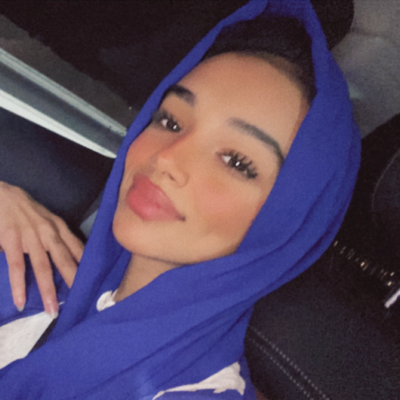 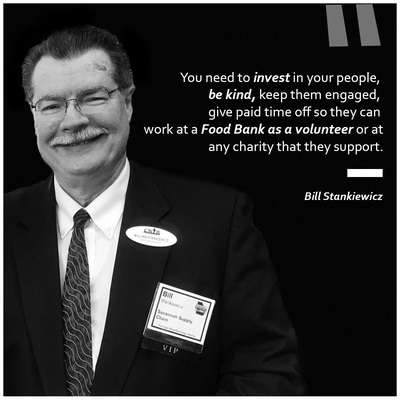